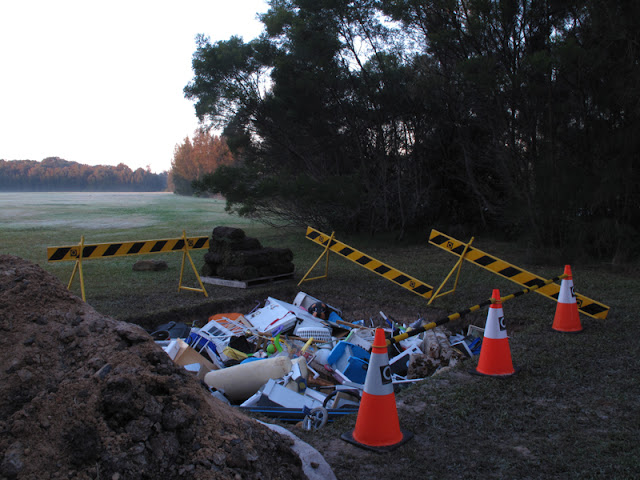 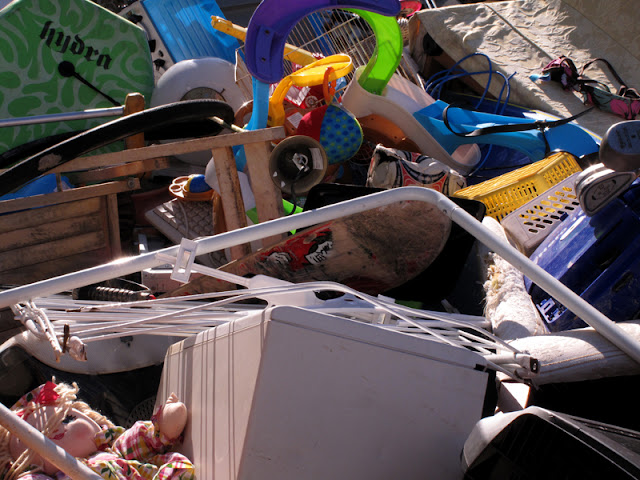 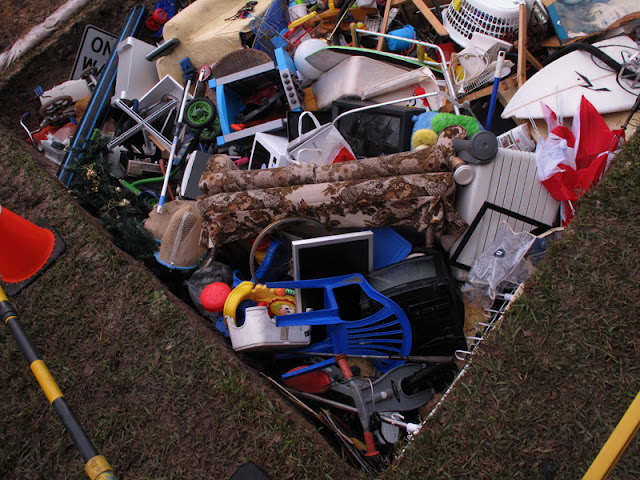 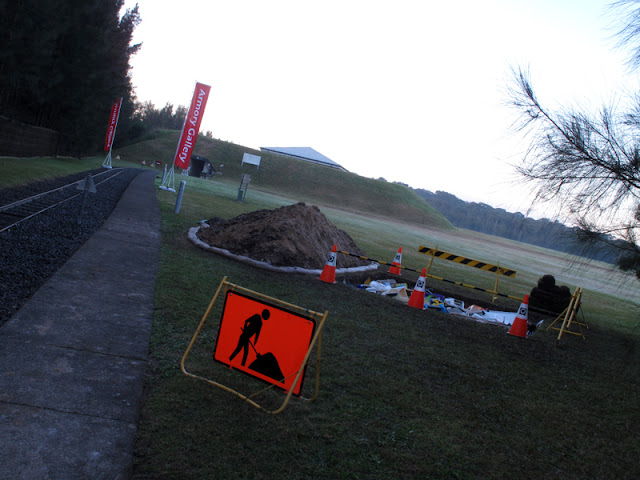 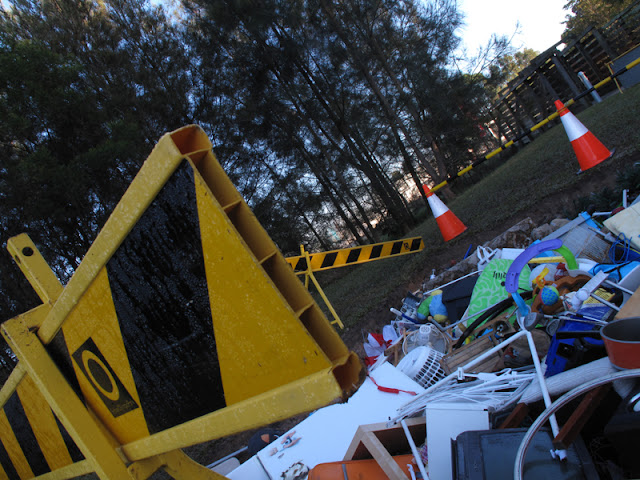 Gary Deirmendjian has recently completed installing a new site specific work entitled strata - newington armory as part of an upcoming exhibition at the Newington Armory which opens this weekend.

"Engaging with Homebush Bay’s history of being a site for the illegal dumping of waste from the 1950s until its remediation in the 1990s as part of the development for the Sydney Olympic Games, Gary Deirmendjian’s strata – newington armory is both a literal and symbolic excavation.

A trench has been dug in which the artist has filled an assemblage of discarded household items and rubbish actually collected from the streets that acts as a kind of reverse sinkhole, an aperture from which we encounter regurgitated evidence of our consumerist culture’s unsustainable use of resources and exploitation of all the earth yields." - Pedro de Almeida. curator.

This work is related to Deirmendjian’s previous work strata 2011, a similar site-specific installation that incorporated the heritage listed Willoughby Incinerator, originally designed by Walter Burleigh Griffin in 1930-38 and like Newington Armory recently converted into an art space, that made use of the opportunities presented by the internal Modernist architectural spaces of a structure once dedicated to the incineration of waste.

As outlined in the press release "EXCAVATION: The Armory Exhibition 2012 will comprise the creations of 21 artists including such as fresh, young Sydney sculptors Adam Galea and James McCallum, the award-winning artists Gary Deirmendjian and Khaled Sabsabi, and well-known duo Sean Cordeiro and Claire Healy.

The theme of the exhibition – ‘excavation’ – was developed by curator Pedro de Almeida, who will present Curator Talks from noon on Sunday 17 June and 5 August.

“An excavation is an act of archaeological exposure, recording and analysis, and represents one of the ways by which we come to understand the chronology and development of human activity through the interpretation of objects. The idea of an ‘excavation’ is a rich metaphor for the practice of contemporary artists who enact interventions into the cultural, historical and physical landscapes we inhabit,” said Mr de Almeida.

Spanning a variety of art-forms including painting, printmaking, sculpture, ceramics, glass, photography, video and installation, EXCAVATION: The Armory Exhibition 2012 will occupy the entire 500 square metres of the extraordinary Armory Gallery, which boasts the largest continuous gallery wall in Australia (at 38 metres by 3.5 metres)."

EXCAVATION: The Armory Exhibition 2012 runs from Sunday 17 June – Sunday 19 August (weekends only), from 10am-4pm. There will also be a free Curator Talk from noon on Sunday 17 June and 5 August at the Armory Gallery at Newington Armory, Sydney Olympic Park.

Posted by Rhianna Walcott at 3:56 PM