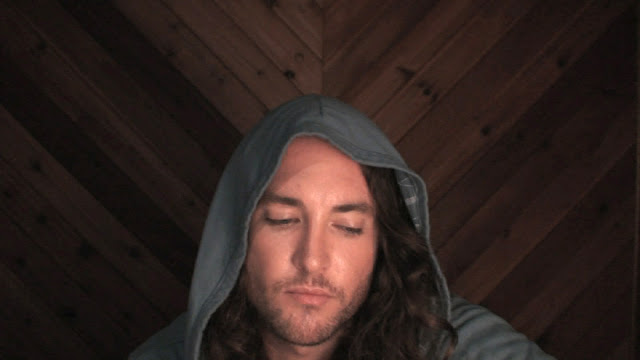 "Liam Benson reinvents himself as a new character in every work of art. Sometimes he even reinvents himself within a single work. In the video True Blue, in which he sings the John Williamson song of the same name, he starts off as a character that is equally an average guy in a hoodie and a biblical Jesus. Gradually, he transforms into a transgender patriotic mascot for Australia. In True Blue, and his other video Sirens in which he sings the Fleetwood Mac song Dreams, Benson is not being ironic, or witty or camp. He looks directly at the camera, channels enormous power and honesty, and sings out searing emotional pain. So fluid, it seems, is his subjectivity and selfhood that he even multiplies his own image and voice, in the work Sirens, to provide his own back-up singers. Sirens, of course, are sexually alluring creatures and lead men to their death. A song sung by a siren is the inverse of torch song; the implication is that it is the musical equivalent of a snuff movie." (excerpt from catalogue by Christine Morrow)