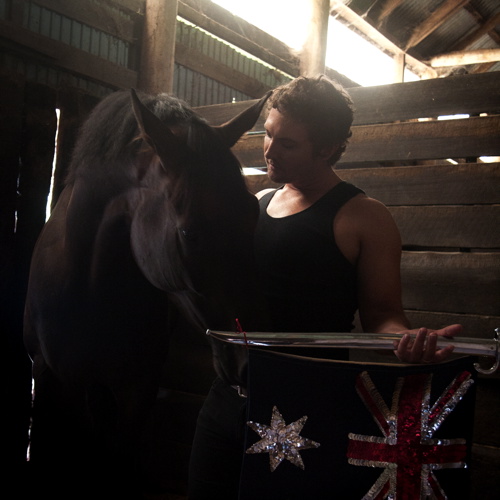 Congratulations to Liam Benson who is a finalist in the 2012 Hawkesbury Art Prize with two of his photographic works, Mrs Boss slays the malevolent scoundrel and The Stable Boy.

The Hawkesbury Art Prize is a non-acquisitive award of $10,000. The art prize is for a painting, photograph or collage that is inspired by contemporary Australian identity. It has been set up as a not for profit project run by Purple Noon Gallery, in association with Patron, Maggie Scott. The judges of the 2012 Prize include; Max Miller, artist; Emeritus Prof. Peter Pinson and artist, curator, activist, academic and cultural educator r e a.

Historically, the Hawkesbury has a strong association with art and artists, both indigenous and non-indigenous, which dates back to Australia’s earliest European settlement. The Hawkesbury River Art Prize is a commitment to recognise these historical ties, and strengthen the cultural and artistic community ties with contemporary creative ideas.

Posted by Rhianna Walcott at 11:13 AM