MICROVIDS ON THE CONTEMPO ART BUS... 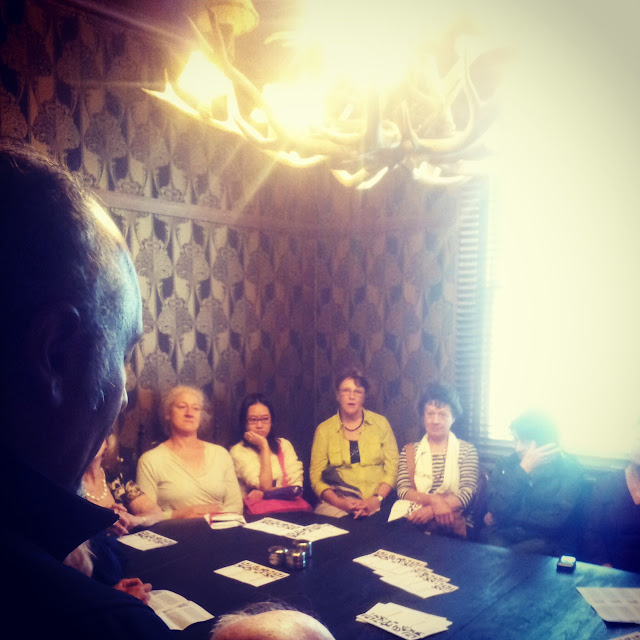 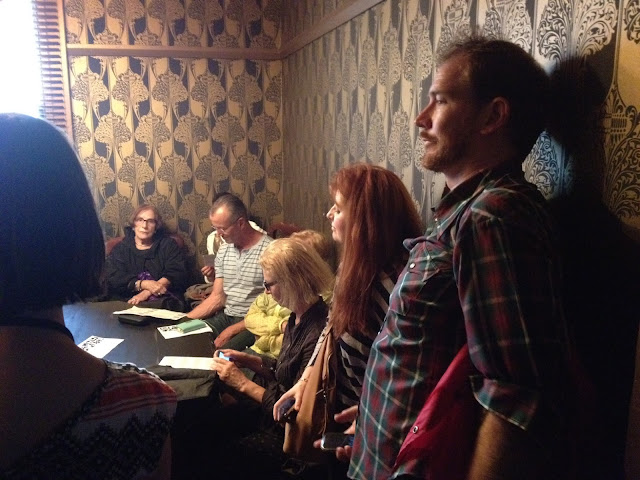 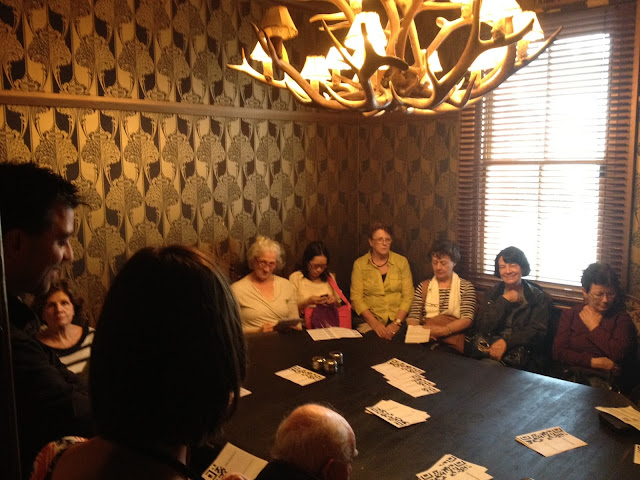 For the uninitiated, Art Bus is a monthly bus tour run by Contempo at the Art Gallery of New South Wales. Through back alleys, main streets, studios and pubs it is a three hour introduction to the artist run spaces laying the foundations of Sydney's artistic output.

In our February instalment we met with Sydney artist Gary Deirmendjian who, for several years, has been channelling his small scale video works online, sublimely capturing ephemeral moments, depositing them on YouTube and referring to them as his MICROVIDS. Accompanying Gary was curator Pedro de Almeida, who earlier this year was invited to select a series of Gary’s videos and respond to them however he saw fit. The result of this was MICROVIDS – an exhibition pamphlet which acts as an intermediary between an online archive and a physical gallery space.

On the day MICROVIDS was to pop up in Prince Alfred Park to feature on Art Bus I woke to bucketing rain and brollies and armed myself with the task of finding a sufficiently rain-proof alternative venue. Serendipitously, the search gave me my first optic of the insides of the Irish (Gaelic) Club where I was launched into a Celtic dance class jam packed with bounding prepubescents in jazz shoes, but was briskly denied afternoon access to their hall. In the end it was the trusty, iconic Shakespeare Hotel at 200 Devonshire Street, Surry Hills that housed the afternoon's introduction to MICROVIDS. I do enjoy the fact that so much trust is placed in artists, bus drivers and tour guides that no one questioned why we were heading to a Victorian pub to meet Gary and Pedro, rather than a gallery to see some art. Dressed in dark wet weather gear, propped up against the wall of the establishment while waiting for our arrival, one voice on the bus piped up upon our approach saying the pair looked particularly curatorial and with tongue firmly in cheek I am inclined to agree. As someone who had arrived at the afternoon having had contact with MICROVIDS, I was eager to see how others would react, especially as they would be coming into contact with the exhibition in a group setting.

The catalogue is divided into eight textual segments which link to an online video via an accompanying QR code. I wondered how the group viewing exercise would impact on the way the content was absorbed as, despite its tendency to provoke conversation, I do associate the catalogue and the streaming of the videos as being something intensely quiet. Scanning one code rather than another to determine the order of viewing is something I would prefer to chance upon, not to have influenced by a companion pointing me one way or the other.

Despite my scepticism of the clouding effects of group consciousness the format of the day worked a treat. We clambered up to the top level of the Shakespeare which is always an event, but even more so when you are escorting 20 wide-eyed punters to an air-tight room and asking them to ignore the humidity and listen to artistic banter for a moment or two. Packing ourselves around a table, Gary and Pedro gave enough of an introduction to provide context to the work, but not so much as to lead us to conclusions. When I first saw MICROVIDS a few months back, the coupling of Gary's videos and Pedro's poetic text immediately struck me as capturing the elating, often elusive, feeling of first contact. For me the work is an entry point into that first moment of recognition of a new idea, a new thought, a new emotion. You don't need to read Pedro's text to know it is poetry. The format, the font, the absence of capitals makes you view the composition with inspired eyes and syncopates the flow of your reading. The writing seems nostalgic for a time that hasn't passed. In communion with this sense of preserving the now, Gary's videos launch you into a series of captured moments which draw you to intimately consider what immediately preceded and what is to come. Confusions with QR codes and pesky technological questions aside, the Art Bus-ers seemed thrilled to explore the idea of an unconventional exhibition space alongside the idea of joint artistic endeavours. Our other gallery stops for the day had also addressed collaboration and the two elements of MICROVIDS standing strongly alone and coming together to create something poignant and whole seemed to strongly resonate with each person. Surreptitiously the audience was collaborating as well with each person creating their own version of the artwork via the choose-your-own-adventure nature of viewing and responding to each of the eight segments. For many of these people I think it was the first time they had been asked to participate in the act of bringing something to life. Streaming the work is, by default, fulfilling the work and the text/image interplay in MICROVIDS is particularly pertinent to questions of anticipation and expectation, both of the work and of the viewer.It is a liberating thing to have so much control over your consumption and consideration. The beauty of both Art Bus and MICROVIDS being that by their very nature they promote the artwork as a dialogue, not a static response; an ideas exchange, not a dogma.

Whatever happened in that stuffy room, when the arty mob left the pub and went on their merry way home, I think we can be assured that many were mentally recording the physical passage between their day out and their home comforts. They may not have been editing their journey for snippets worthy of mass observation, but if we all helped people evaluate their world as much as they passively observe it then three cheers for MICROVIDS on Art Bus, I say.

For more information on the Contempo art bus visit: http://www.artgallery.nsw.gov.au/calendar/contempo-art-bus/

Posted by Rhianna Walcott at 12:09 PM