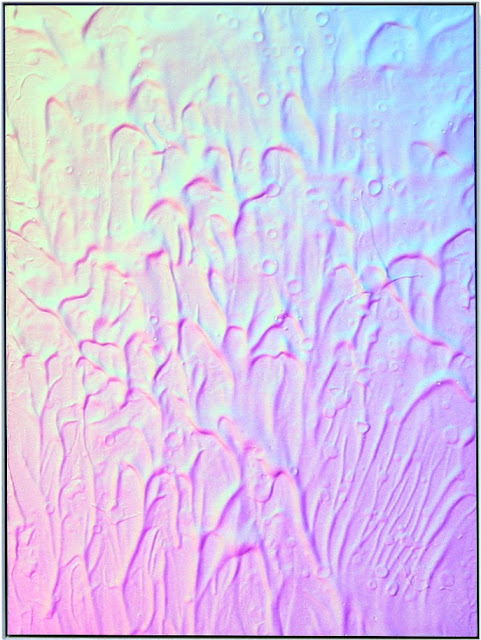 No decision was made. It was all very organic, or something like that.

These works are process-based, meaning the act of making is just as important as the result. Non-traditional materials are used to enhance the likelihood of chance dictating outcome. They are colored in ways that mimic digital printing, mainly inkjet printing.

I see myself as a post-Internet artist, someone whose work is informed by my act of surfing the web and engaging in its aesthetics. But I don’t make work that is always intended for the Internet, instead lives in the tradition of the gallery confines. Although, eventually the work ends up on the Internet anyway.

What are your key influences as an artist?

Digital Media and the Internet… And painting and sometimes objects.


What is it that you want audiences to take away from your work?

Tell us about one highlight from your career so far…

That would have to be my first international show in New York this year.

I am curating a pavilion of the first online biennale called The Wrong, to be held out of Sao Paulo, Brazil, this November. I am also involved in a group exhibition at Judith Charles Gallery in New York until October.

Posted by Rhianna Walcott at 10:35 AM