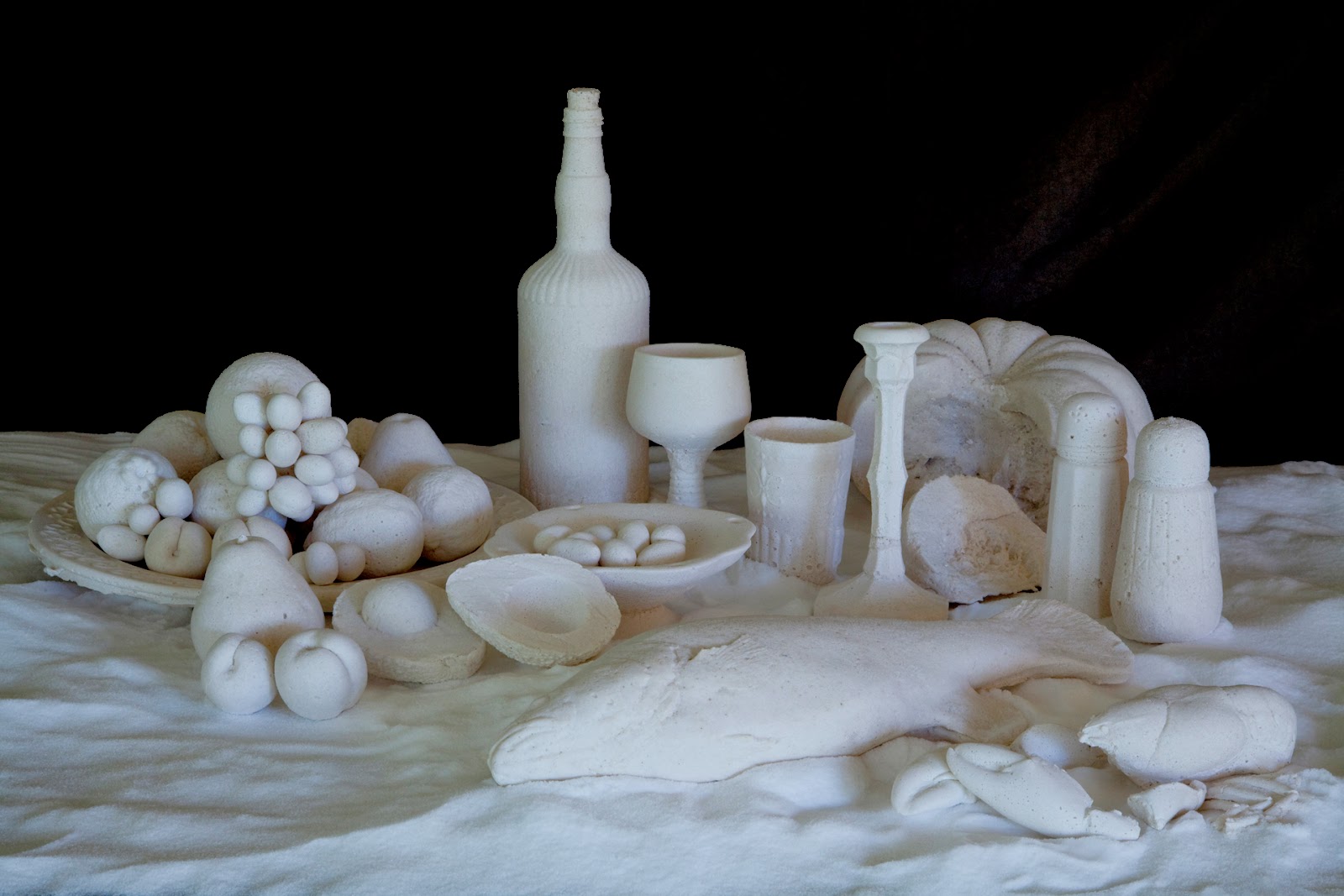 From 22 March - 18 May 2014, Ken + Julia Yonetani will be exhibiting a new installation, The Last Supper, at Hazelhurst Regional Gallery & Arts Centre. Developed during a four month residency at Hazelhurst Regional Gallery, the installation references and recreates art historical imagery of The Last Supper via the creation of a nine metre long banquet table, heavily laden with a feast sculpted entirely from Murray River salt.

In The Last Supper the artists extend their prominent 2011 work Still Life: The Food Bowl in scale and concept. The Last Supper points to concerns arising from increasing salinity levels in Australia and unsustainable agricultural practices. In the aftermath of the Fukushima disaster,  the massive banquet of luxurious foodstuffs also becomes a larger visualisation of the problems of food security and safety in an increasingly toxic world. In the words of the artists: “Here salt is a metaphor for the death of the land, sacrificed in the production and consumption of what has become The Last Supper.” The religious and historical associations of salt, as a sacred substance that sustains life yet also can invite death, are infused within a powerful work about what is placed on our dinner table in the twenty first century.


Ken + Julia Yonetani are also included in the following current and upcoming exhibitions: Desire  at the Blue Mountains Cultural Centre (until 11 May 2014) and The Lorne Sculpture Biennale (8-30 March, 2014) where they have been commissioned to create a performance piece on 29 March.

The exhibition opening for The Last Supper will be held on Friday 21 March from 6pm. Ken + Julia Yonetani will also be participating in a panel discussion, The Last Supper: A Sustainability Talk, at Hazelhurst Regional Gallery on 12 April at 2pm.

For further information on works being exhibited as part of The Last Supper please contact Artereal Gallery.