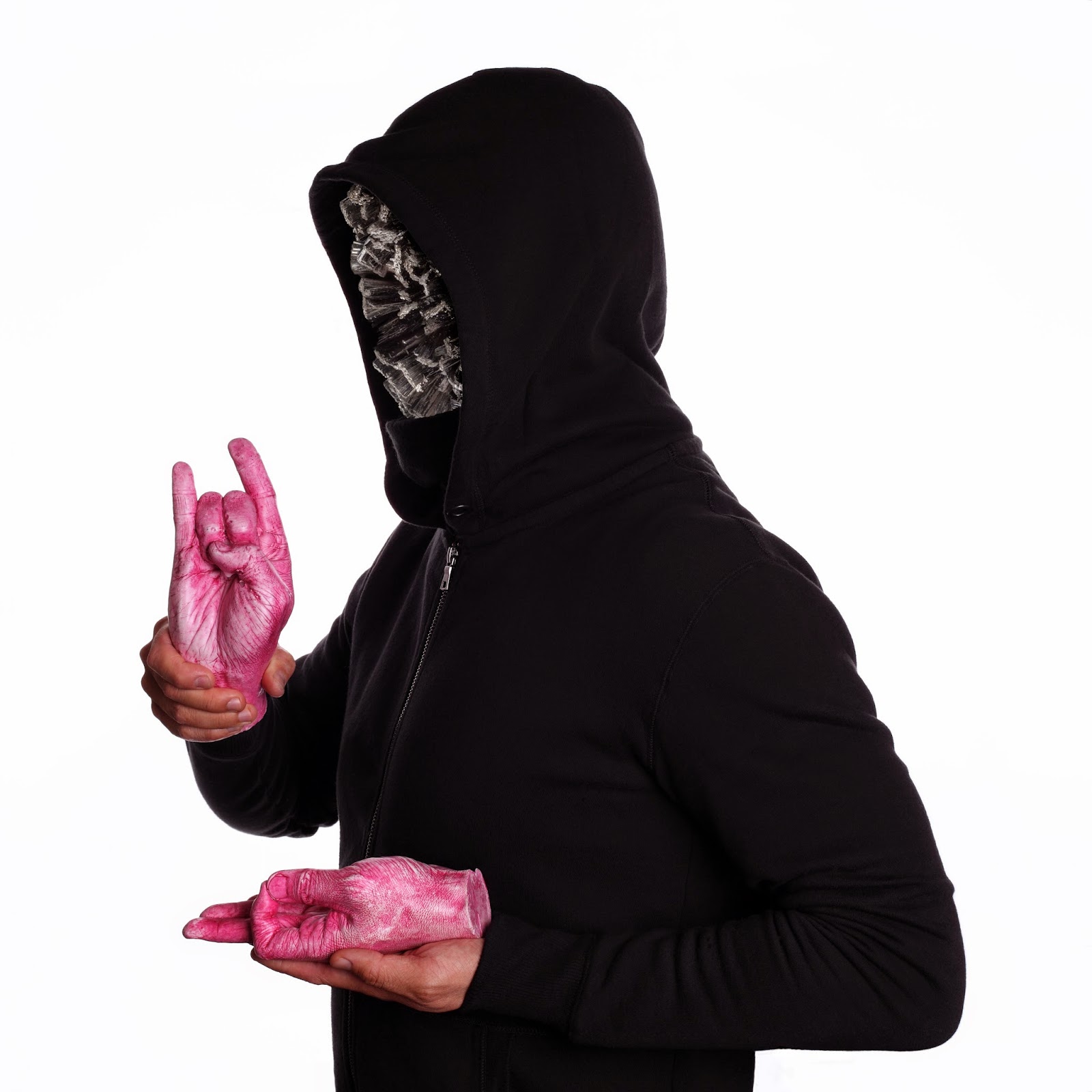 Artereal Gallery congratulates OWEN LEONG on winning the 2015 Josephine Ulrick and Win Schubert Photography Award. The prestigious $20,000 acquisitive award was announced last night at the Gold Coast City Gallery and was awarded to Leong for his work Mudra.

A photographic self portrait, Mudra depicts the artist holding plaster casts of his own hands in the form of mudras. In the artist's right hand he holds the karana mudra, a powerful gesture for dispelling negative energy, while in his left he holds the gyan mudra, a symbol for opening oneself to knowledge. The doubling of hands, both real and cast, suggest grasping at a symbolic and spiritual language as a form of healing. Cloaked in black, out of the artist's hooded jacket erupts black prismatic mineral that forms a mirror-mask protecting the wearer and reflecting the world back onto itself. Manganite has the healing power to let go of attachment and control, and to recognise that you are only responsible for your own actions and not for the actions of others.

The Josephine Ulrick and Win Schubert Photography Award is one of Australia's most important annual surveys of contemporary Australian photographic practice and is presented annually by the Gold Coast City Gallery. This year's award was judged by Natalie King, Curator, Writer and Senior Research Fellow at the Victorian College of the Arts, University of Melbourne with Owen Leong's work being selected as the winner from amongst 58 finalists. Previous winners of this award in recent years include Shaun Gladwell (2014), Liam Benson and Justine Varga (2013), Eugenia Raskopoulos (2012) and Darren Sylvester (2011).

The Josephine Ulrick and Win Schubert Photography Award can be seen at the Gold Coast Arts Centre until 31 May 2015.

To see a catalogue of available works by Owen Leong please click here.
Posted by Rhianna Walcott at 1:19 PM