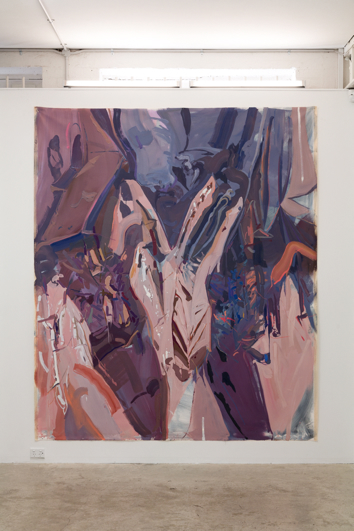 Ahead of his solo exhibition Ventilation & Natural Light, which opens next Wednesday 1 July, we sat down with Gian Manik to talk zombie minimalism, classical music and anti-photorealism...
Describe your work in 100 words or less:
My paintings explore vibration, an in-between or liminal space that is created when a painting borrows from a number of visual devices, as opposed to simply recording in a singular style.
Why Art?
I’ve always done it, my grandfather and mother both painted, so it was nurtured from an early age.
How has your artistic practice changed over time?
I used to be into painting really realistically when I was young, then at art school I didn't want to paint anymore, so experimented with video and sculpture...  I began to incorporate painting into this and then slowly recognized that I was recording the same thing in multiple media, which I though was unnecessary. So now my paintings are of simple fabrics and foils which I consider sculptures that aren’t shown, but photographed and recorded.
Which artistic movements or artists do you most identify with?
Probably Abstract Expressionism, and maybe Zombie Minimalism, although that has negative connotations. 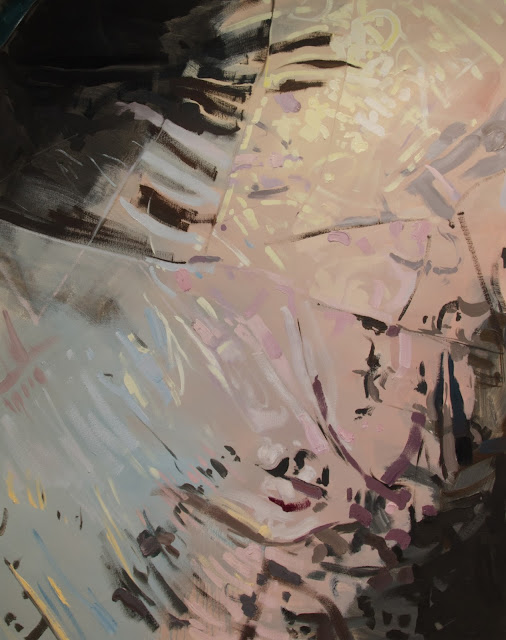 How do you work? Can you tell us about your process?
I usually take a lot of photos of one or two materials, mostly foil or sometimes a screen that is used in photography to bounce the flash off it, and then print a few and then work from an image, building up between 4-10 layers of oil on canvas. I can't work from my head, I need an image to work from, so in a sense, the abstract expressionism elements I enjoy have to come from the abstraction of the object, if it looks too much like something else, I'm not interested, because then it's recognizable and, for me, not engaging. The painting style, quite messy, but restrained in places connotes this abstraction, but essentially the image is ‘photorealistic’.
Describe your average day from ‘As soon as I wake up…’  to  ‘… and then I go to bed’.
I work full time! I wake up at 5:30am and go to work (I make recipes and develop products for a food company called Loving Earth). I finish at 4pm, then go to the studio, paint for a few hours, then go home, have dinner and go to bed, unless I go out to see a friend, etc.
What music do you listen to while working?
It's pretty cliché but usually classical music, or mixtapes on soundcloud, there’s a radio station called noise in my head from Sydney that is good. I can't stand the radio with all the talk back, unless its radio national, then I sort of tune out.
What are your go-to things to do if you’re stuck in a creative rut?
Nothing, just ride it out, I rarely get into one these days. I’ve been working on the same body of work for a while and still find it stimulating and engaging. The good thing about reflective surfaces is that the will always generate a new image, so my subject matter is both consistent and ever changing. However, I do usually feel a little awkward when beginning a new painting, especially a big one, white canvasses are intimidating, but I cover it quickly and then I’m fine.
What’s the hardest thing about being an artist?
The expectation that you’re a cookie cut version of one, as in I can't afford to be in the studio 24/7 and honestly I wouldn’t want to, I enjoy spending quality time there when I need to, rather than being on the computer or hanging out with other people. Obviously also money...
And what’s the most rewarding?
Hearing honest feedback, people usually compliment, but you can tell when someone is genuinely excited or engaged or wants to know more. Also someone buying work is a big compliment.
What themes and ideas do you pursue?
Representation, the validity of realism in contemporary painting, anti-photorealism, self-portraiture, the vibration between object, image and painting. 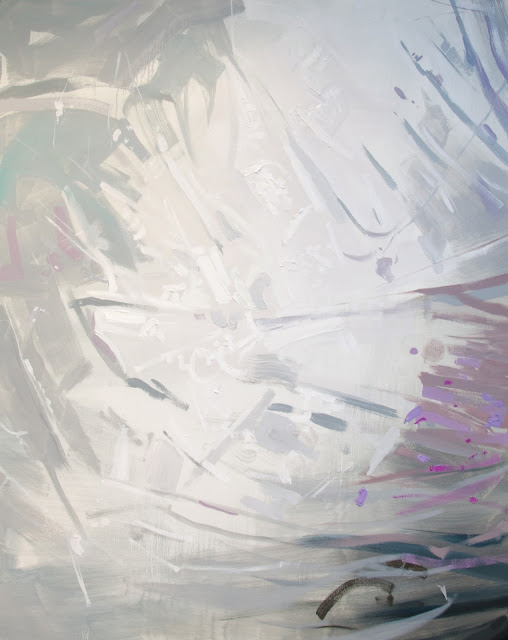