YIORYIOS // Announced a finalist in the Woollahra Small Sculpture Prize 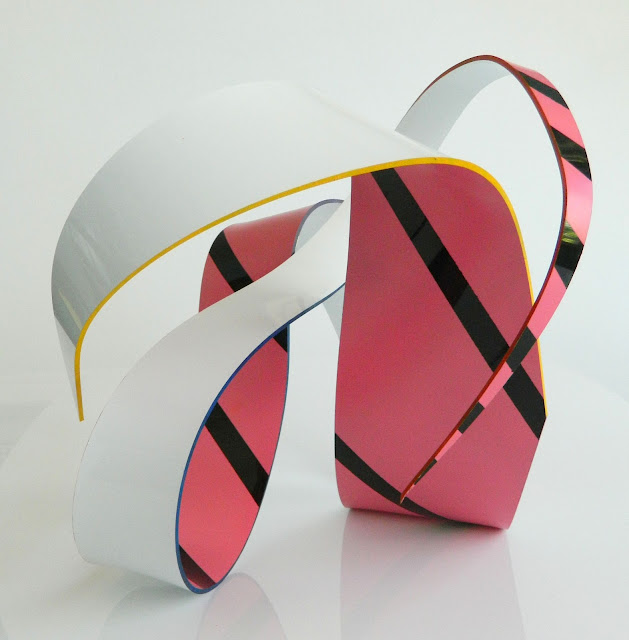 Artereal Gallery congratulates the emerging Sydney-based artist, Yioryios, who has been announced a finalist in the Woollahra Small Sculpture Prize. The national sculpture award this week announced the 43 finalists, who were each selected from a record number of 701 entries this year.

Yioryios, whose work formed part of group exhibition, Paint 15, earlier this year at Artereal Gallery, creates sculptural paintings grounded in architecture. The works in Paint15 were responses to spaces within Harry Seidler’s Australia Square and Australian Embassy in Paris and to Utzon’s Sydney Opera House. Mutability and architecture underpin the ever-evolving free-form helixes and spirals engaging volume and space, surface and colour that opportunistically devolve from cut-out sections that are the out-takes from the interstices within earlier of the artist’s larger wall works to create new and independent objects.

Selected by two of the 2015 guest judges – art advisor and curator Barbara Flynn along with collector and philanthropist Penelope Seidler AM– the finalist works showed innovation and diversity in their take on an original, freestanding sculpture measuring up to 80cm in any dimension. The third guest judge for the 2015 Prize, Art Gallery of NSW Director Dr. Michael Brand, will join the judging process at the winners selection in October.

“We found the artists to be more inventive with their use of alternative materials, with a transfer of materials from the everyday to art,” commented Barbara Flynn.

Penelope Seidler added: “The standard of finalists is highly creative and shows an intriguing use of materials with a wide range of concepts explored. The traditional form of ‘sculpture on a plinth’ was not one we warmed to this year as judges. We felt that sculpture has moved on from that,” said Seidler.

The Prize attracts a diverse range of professional and emerging sculptors from around the world with a total of $19,000 in prize money awarded to winning artists across four categories. The Prize categories are the main acquisitive award of $15,000; a Special Commendation award of $2,000; the Viewers’ Choice award of $1,000; the Mayors Prize of $1,000 and two new highly commended awards courtesy of sponsor InterContinental Sydney Double Bay.
Posted by Rhianna Walcott at 1:00 PM