QUEST - FEATURED IN 'TIME OUT' MAGAZINE 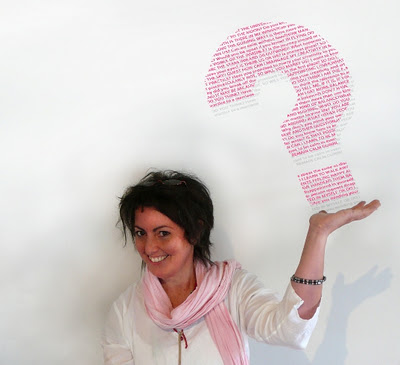 In the lead up to her exhibition at Artereal Gallery this December, Time Out magazine spoke to Nola Diamantopoulos about the Quest concept and upcoming performances.  To read the article in Time Out click here.
Nola will also be featured in the December / January issue of Time Out magazine which is out on 30 November. Make sure to pick up a copy!
WHAT IS QUEST?
An experimental work of performance art, Quest will focus on opening up one-on-one dialogues between the artist and individuals in an attempt to get to ‘the heart of the matter’. Interested members of the public are invited to participate in a ten minute session with Nola in which complete silence will be observed. Participants will begin by writing a question on a piece of paper. In response, the artist will reflect on this question before replying with a question of their own. And so the performance will continue for the full ten minutes. A process of Q and Q, rather than Q and A.
WHEN AND WHERE IS QUEST HAPPENING?
The performance itself will take place from the 7 - 17 December, on Fridays and Saturdays between 11am and 4pm at Artereal Gallery, Sydney. Elements of the performance will also be ongoing, with Nola taking the performance out of the gallery and into various corporate locations over the next few months, allowing a different audience to engage with the work in their own environment. Prior to each performance, Nola will spend half an hour in the environment, meditating peacefully in order to create a space of silence and reflection for participants to walk into
Follow Nola’s Quest on Twitter: and via the Quest  Blog.
Posted by Rhianna Walcott at 2:22 PM