GARY SMITH AND FRANK THIRION FINALISTS IN THE ARCHIBALD PRIZE... 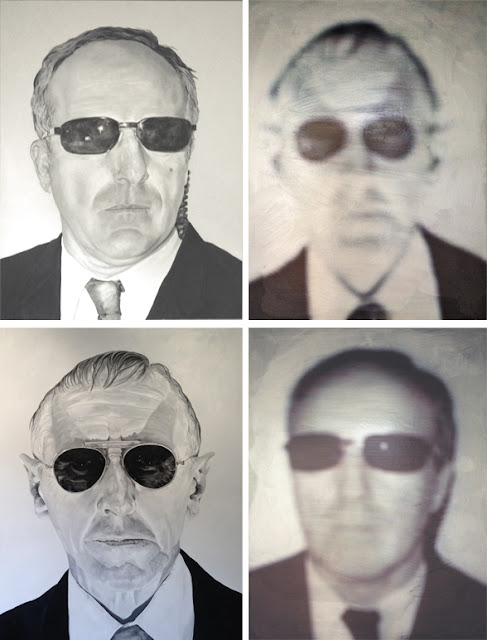 Frank Thirion and Gary Smith_Faceless Men_2012_250 x 190cm_Oil, acrylic and pigment on canvas
Congratulations to Gary Smith and Frank Thirion, who are finalists in the 2012 Archibald Prize for their collaborative painting entitled Faceless Men.
The Archibald Prize is one of Australia’s oldest and most prestigious art prizes. It’s awarded to the best portrait painting, preferentially of some man or woman distinguished in art, letters, science or politics.
The winners of the $75,000 prize will be announced on Friday 30 March at 12 noon. The Archibald Prize exhibition can be seen at the Art Gallery of New South Wales from 31 March – 3 June 2012.
Posted by Rhianna Walcott at 3:39 PM