AZIX + CUCHER AT THE INDIANAPOLIS MUSEUM OF ART 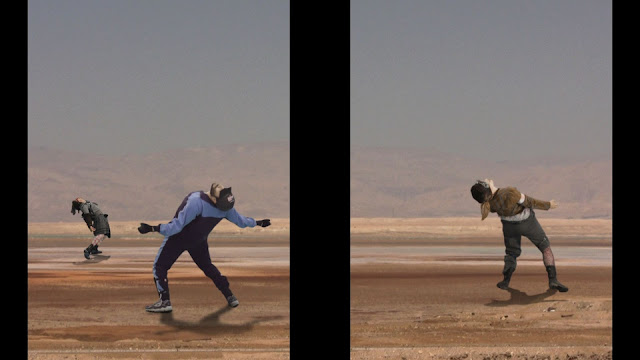 Aziz + Cucher_In Some Country Under a Sun and Some Clouds

A solo exhibition by Artereal artists Aziz + Cucher has recently opened at the Indianapolis Museum of Art. Entitled Some People the exhibition features a new body of work by the New York-based collaborative of Anthony Aziz and Sammy Cucher. Working together since 1992, Aziz + Cucher are widely recognized as pioneers in the field of digital imaging.

Through the use of digital animation, performance, video, and sound, Some People situates recent and current conflicts into a never-ending narrative that exists outside of a specific place and time. The outbreak of war between Israel and Lebanon in 2006 profoundly affected the artists, who have cultural and familial ties to the area. This conflict, in addition to witnessing firsthand the catastrophic events of 9/11, inspired Aziz + Cucher to embark on a new body of work exploring a cycle of tragic and absurd inevitability begun in antiquity that continues today. Some People was inspired in part by the late Polish poet Wislawa Szymborska's poem by the same name first published in 2001.

To hear Aziz + Cucher talk about their new work see the below video. The exhibition runs until 21 October 2012.

Posted by Rhianna Walcott at 4:44 PM