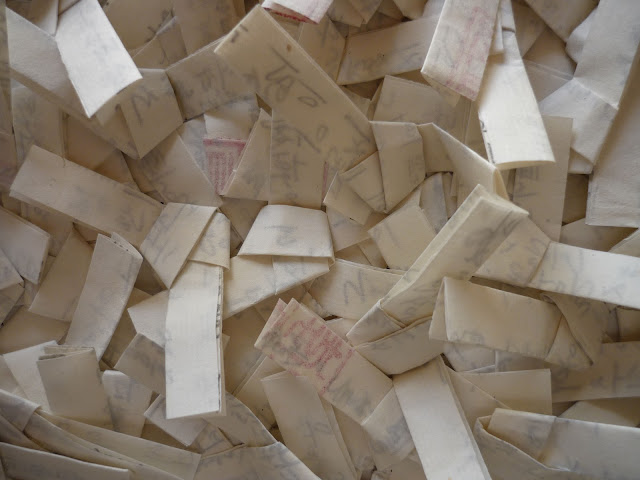 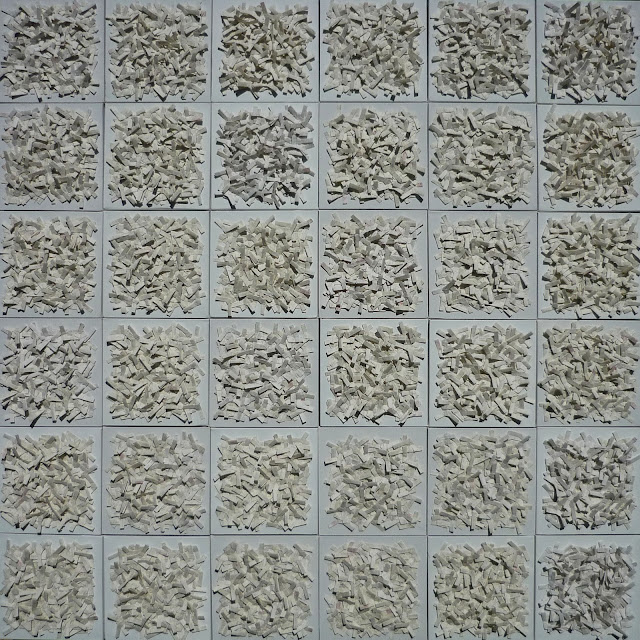 Hyun-Hee Lee_Homage (detail)_2012_acrylic on paper on canvas on board panels_153 x 153cm
Artereal Gallery is excited to announce, that for the second year in a row, an Artereal artist has won the John Coburn Emerging Artist Award!

Artereal Gallery would like to congratulate Hyun-Hee Lee on winning the 2012 John Coburn Emerging Artist Award! The prestigious $5,000 award which comes under the auspices of the Blake Prize was announced yesterday morning, with the official opening of the Prize taking place last night at S.H. Ervin Gallery.

Hyun-Hee was awarded the prize for her work Homage, which relates to her conversion from Buddhism to Catholicism and the respect and gratitude she has for both religions.

The Blake Art Prize judges, Associate Professor Roland Boer, Felicity Fenner and Hossein Valamanesh commented on the way in which "this perceptive work engages with translatability, and the increasing interstitial nature, or in-between-ness, of religious life. Each panel contains texts of the New Testament translated into Korean. These texts are cut into strips and then folded and knotted into small bows and attached in a complex overlay. Some have traces of the individual seal of the writer, although their identity is not clear (as with most sacred texts). Spirituality is found inevitably at intersections. In each new location, they are enculturated, operating as the bridges between cultures."

The 2012 Blake Art Prize received over 1,100 entries respectively this year from which 57 finalist were selected. These works will be exhibited at S.H. Ervin Gallery from 9 November to 16 December 2012.

To see a catalogue of available works by Hyun-Hee Lee please contact the gallery. New work by Hyun-Hee Lee will also be exhibited as part of our upcoming group exhibition Paint, which opens on 5 December 2012.

Posted by Rhianna Walcott at 1:25 PM