Gary Deirmendjian is currently exhibiting as part of the 2013 edition of Sculpture by the Sea Aarhus, Denmark. His work is a major site specific installation titled strata - tangkrogen. 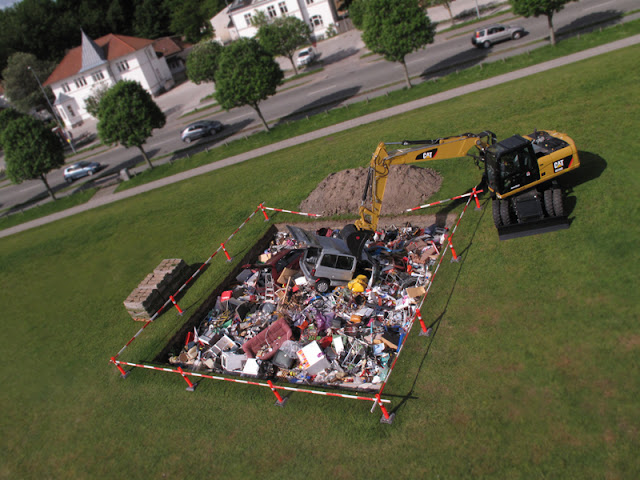 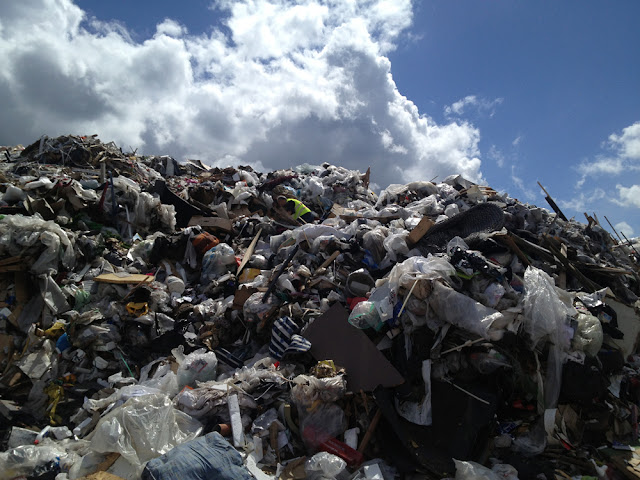 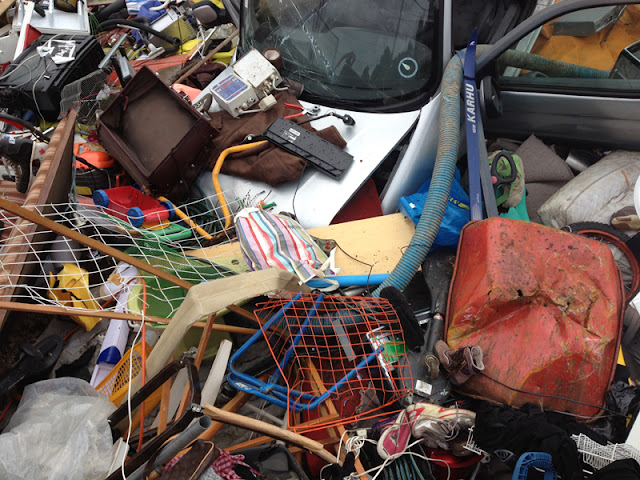 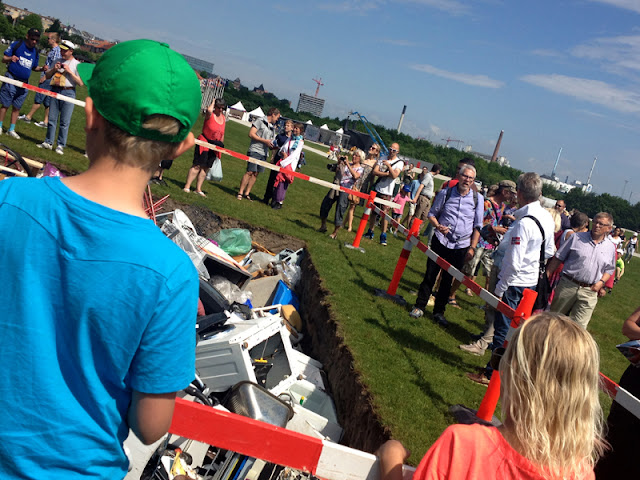 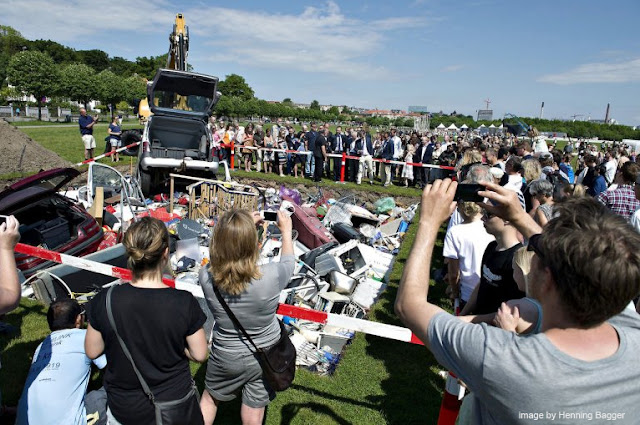 Crown Prince Frederick visits and discusses Gary Deirmendjian's work after opening Sculpture by the Sea in Aarhus whilst mobs of people and media surround the work. Prince Frederick can be seen contributing to the work by throwing in a discarded baby pacifier.

The work is a major public installation consisting of collected and salvaged non organic household rubbish, cars, excavator, pallets of turf, mounds of earth and a solar powered transistor radio. Piled high within a pit measuring 10 meters square and over 5m in height, the site-specific works commanding presence has been garnering extensive local and media attention in Denmark, re-igniting that age old debate as to what constitutes art...

Named after the site on which it has been created, Tangkrogen is the region/parkland and event space along the harbour in Aarhus that was created many years ago by landfill. Created by collating junk from the local city dump, scrap yards and the surrounding streets, the contents of  strata - tangkrogen  have come directly from the lives of local Aarhus residents. The square of the pit is aligned with the global axis (ie N.E.W.S.) and not with the urban geometry of the site, whilst the transistor radio is set in real time to a local talk-back channel.

In the artists own words: "The pit holds bare the actualities of our ways … stuff ... owned and thrown ... all now of equal value ... unprejudiced worthlessness of cost and consequence.

Our collective behavior in having become passive mass consumers, appears to have been teased and ushered ... oh so very very slowly.

The momentum of mass consumption does surely drive mass production while generating mass disposal in its wake. Neither production nor disposal can possibly come free of any consequence."

Gary Deirmendjian has also previously exhibited as part of Sculpture by the Sea Aarhus in 2011 when he produced a site specific work entitled consumer temple - aarhus, which addressed similar themes and concerns as strata - tangkrogen.

Posted by Rhianna Walcott at 2:42 PM