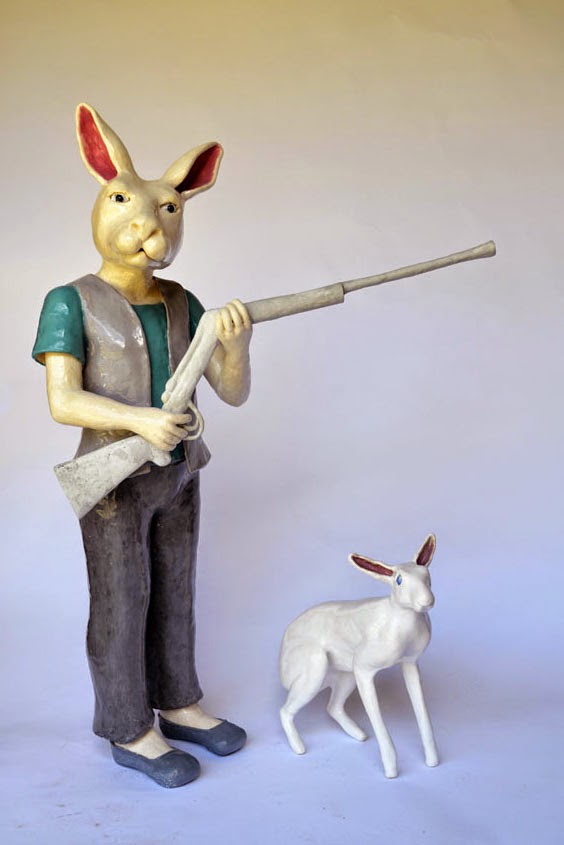 In focusing on endangered species, Wildlife Art @ Discovery, correlates with Jones' focus on the cruelty of hunting - in particular the controversial 'culling' of kangaroos in Australia. In this work she aims to anthropomorphise the kangaroo; arming him with a bent rifle alongside a hunting rabbit. "For it is not the innocent animals that are 'bent on destruction', but the humans." 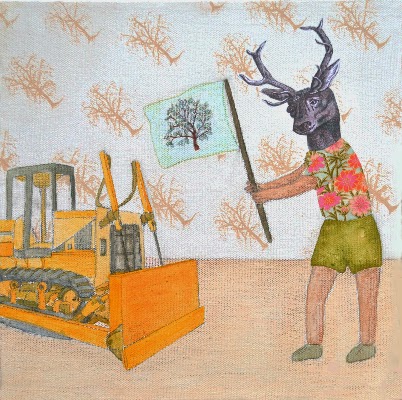 Claude Jones work Deering Defense has been selected as a finalist in the Scope Galleries Art Prize, Victoria. This exhibition aims to raise awareness of environmental issues. It will run from 8 June until 20 July 2014.

This work is one of Claude Jones' recent series in which anthropomorphised animals are depicted in fight or flight mode - sentient beings responding to humanity's enrichment of their land, their habitat, and their lives. 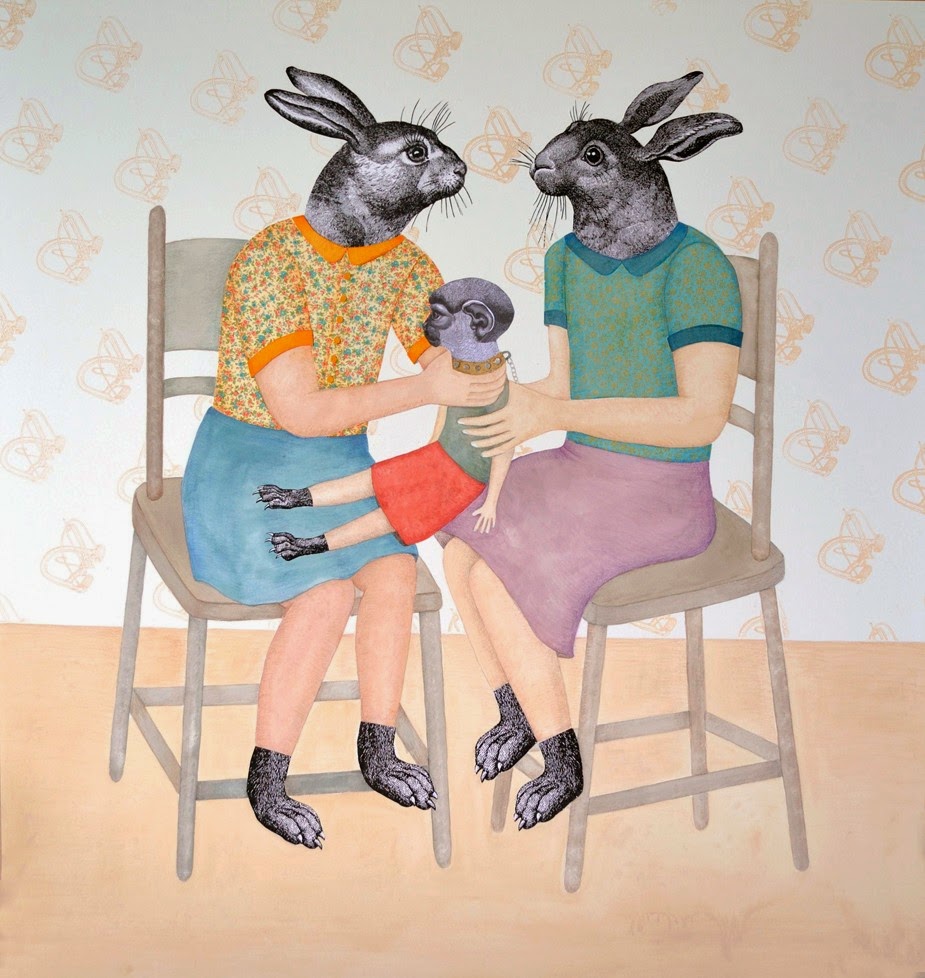 Claude Jones' work Rabbits Revenge has been selected as a finalist in the Cliftons Art Prize, Sydney.

Rabbit's Revenge suggests animal exploitation in which, ironically, it is the animals themselves that are the protagonists. The soft colours and decorative elements of this work perpetuate this sinister narrative content.

Posted by Rhianna Walcott at 12:40 PM