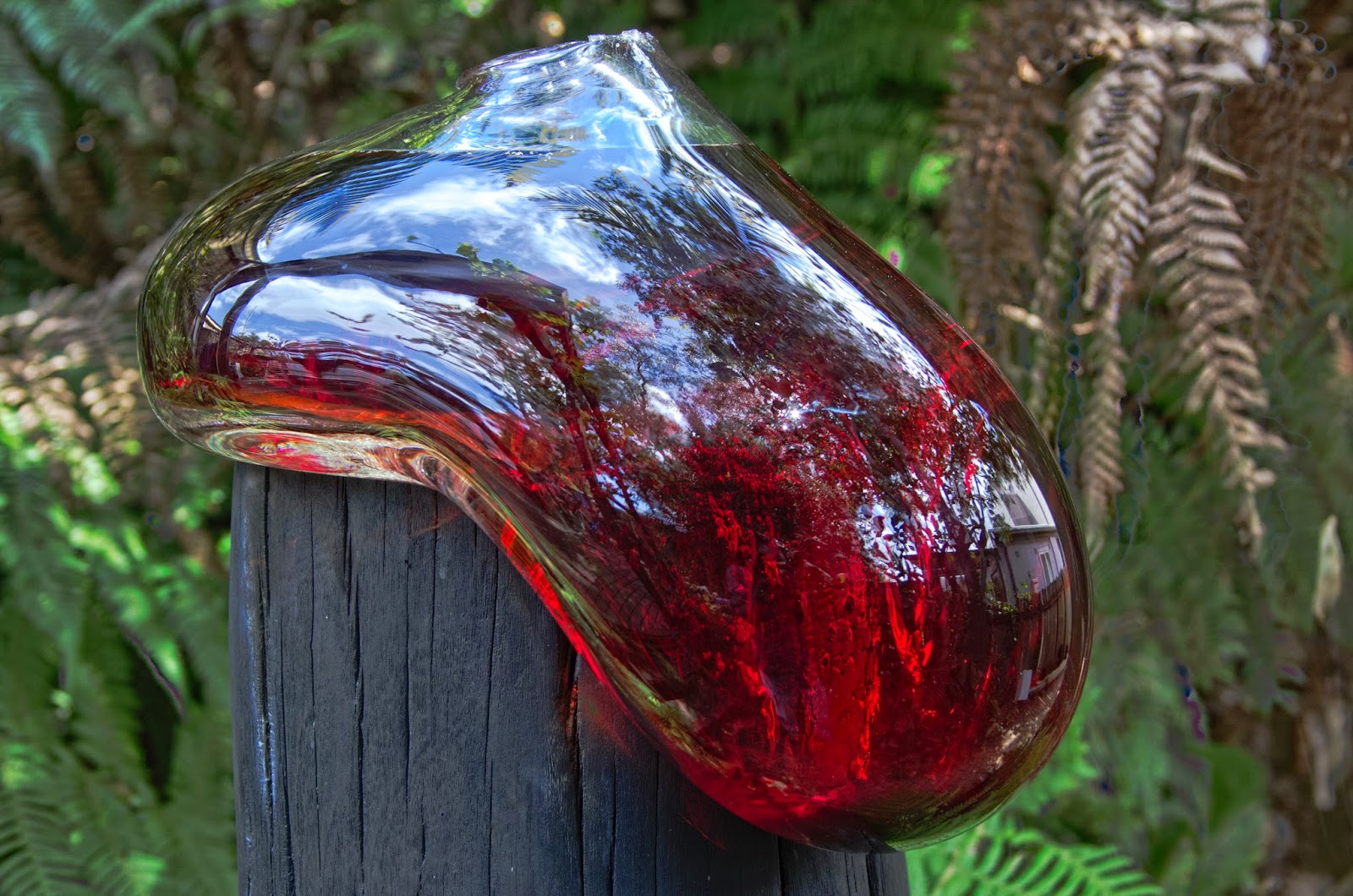 
Congratulations to Stevie Fieldsend, who has been selected as a finalist in the 2015 Redlands Konika Minolta Art Prize, nominated for the Emerging Artist category of the award by artist Mikala Dwyer. The Redlands Art Prize exhibition can be seen at the National Art School Gallery until 23 May 2015.

In her Artist Statement, she writes:

The ritual of malu inaugurated me to my Samoan-ness; it has allowed me to enter into a new world and an old world – one that I inherited but was not familiar with.

The central motif is the malu, a distinctive diamond shape behind the knee, from which the female tattoo takes its name. It translates as ‘protection’, ‘to shelter’, ‘to be shaded’. Receiving the malu is a gift and an honour from the tufuga (master handtap tattooist)...

Otherworldly totemic forms reminiscent of the female form stand sentinel. They evoke the headdresses used for celebrating the malu, of hair, of grass skirts, conjuring upsidedown women with gowns fallen down, revealing themselves, displaying their upper legs. The fringe is suggestive of the hidden and non-disclosure protocols from missionary influences; a restraint I acknowledge but don’t necessarily heed. The trunks are scarred all over with a solid black tattoo. In production, the forms themselves have undergone an endurance test. Like the tattoo, the making grounds me in my materiality, in my body. My work and body are one.

Stevie Fieldsend is also currently exhibiting the work, Bulging Ichorous, as part of Sculpture at Scenic World. The exhibition runs until 10 May at Scenic World in the Blue Mountains.

As part of this exhibition, Stevie Fieldsend is joined by thirty two other international and Australian artists, whose works have transformed Scenic World's natural Jurassic rainforest in the Blue Mountains with world-class sculptures.

In her Artist Statement, she writes:

In working with materials that embody the process of transmutation such as molten glass and charred wood, a type of performance taking place close to the furnace, in the studio and the site, inside my body - a ritualistic branding that leaves more than a trace, more of a scarring. However there is the possibility of renewal through this action as there is in all woundings. In all rituals there is memorialisation and this is true of my work.

This year, the Sculpture Projects initiative presents an in depth look at materials artist use to create their works in a program called metalheads featuring notable sculptors working with metal.
Posted by Rhianna Walcott at 12:44 PM