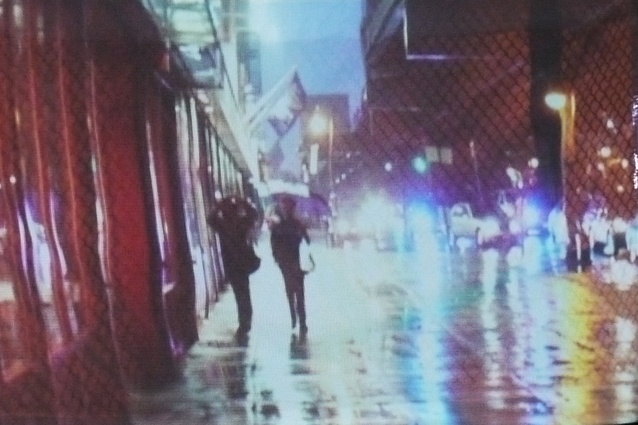 "Project Intersection is an immersive video collage of New York City sidewalks, which employs projection technology to overwhelm the physical distinctions of place, culture and time."

From 17-18 November 2012, Intersection, will be projected on the public facade of the Brisbane Institute of Art. The 30-metre wide new media art piece will be visible at night, from Grafton Street, Windsor Park and beyond.

On Sunday 18 November 2012, an artists' talk will be held at 5pm, featuring the Director of Intersection; Rachel Barnard, Brisbane artist; Yen Trihn, and Artereal represented artist; Glen Henderson. The panel of artists and curators will discuss their own practices, and generate a dialogue between the cities of New York and Brisbane.

The artists' talk will be followed by a closing party at 6pm, at the Brisbane Institute of Art, 41 Grafton St, Windsor.

Posted by Rhianna Walcott at 3:28 PM