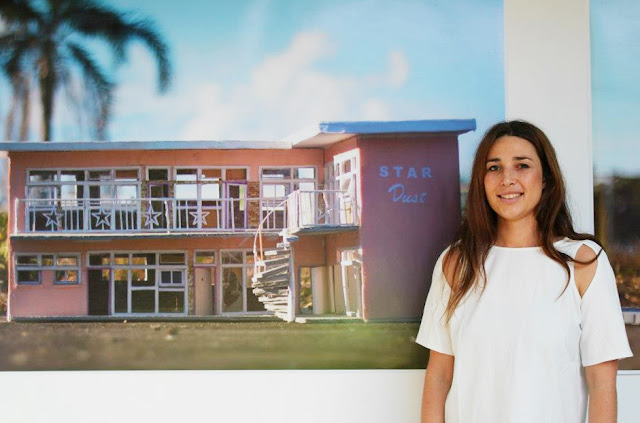 Having recently returned home to the Gold Coast from Photo L.A., Anna Carey is currently exhibiting at The Walls, an artist-run initiative interested in promoting the contemporary arts in the Gold Coast community.

With the space consisting of 2 walls, Anna is exhibiting four photographs, all in which were part of her September 2012 solo show 'Mirage' at Artereal Gallery.

And as part of an ongoing collaboration between The Walls and ABC Open's monthly blog 'If the walls could talk', Anna Carey was interviewed by ABC Open's Gold Coast Producer, Solua Middleton. To read the interview, click here.

To see a catalogue of Anna Carey's available works, including her 'Mirage' series, please contact the gallery.

Posted by Rhianna Walcott at 1:37 PM