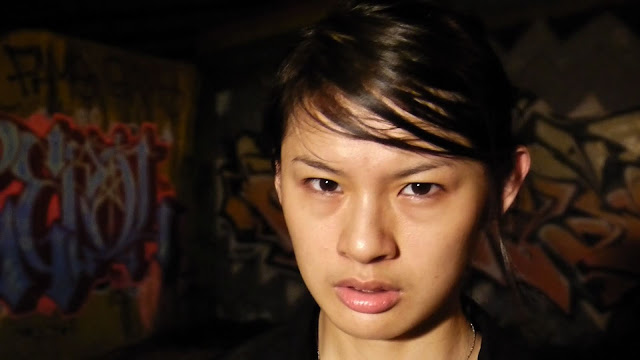 Every day throughout the Collaborateurs exhibition, we will be sharing an interview with one of the exhibiting artists...

How did you and your collaborators first meet? Why did you choose to collaborate with them for Collaborateurs?

I met Lachlan Lewis MacColl (Oper8or) whilst studying for my MSc in Edinburgh. I spent the best part of 24 months bleary-eyed with opened ears to the world, which seemed suddenly audible. We formed a small pack of collaborators who helped each other with various creative enterprises, listened, watched, discussed and occasionally filmed each other waxing lyrical about life whilst vomiting from inebriation. I met YujunYe, Hei Wen Hsu and Meng Ping Chou whilst on AsiaLink residency in Taipei. Initially, this was a forced collaborative relationship, I was buried in my studio doing all the loner things artists actually love doing on residencies because they never get a chance to do them any other time but was always interrupted with "Hellooo? Ella? You Sleep? Maybe we drink the beer." I would somewhat reluctantly lug onto the back of her scooter (then comically back-heavy) and schlep across town to meet actually quite amazing artists doing great things.

What is it about collaboration as a process that appeals to you as a contemporary artist?

I had never worked with dancers before but was really taken by their spontaneous and persistent energy to try out lots of different things. Our initial project was a performance called 'About a Girl' in Taipei Artist Village that involved duck-masks, oscillators, laundry, rolling around on the ground and, in their case, yelling mixtures of French and Mandarin into various microphones. The work drew a crowd of about 75 people. I remember asking Hei Wen actually during the Q&A afterwards, why it was called 'About a Girl' and she explained, in a heady mix of broken english and mime, that it was about genital mutilation among West African women.

I played them Lewis' song, they instantly recognised the samples of a basketball and discussed a basketball themed-work. I was hesitant as I know the song more explicitly discusses passive aggression towards lovers falling out of love and failed attempts to reignite youth's energy with drugs. But in framing the theme in such a way, especially when there are large language gaps, actually provided a crucial hook in making this video exceptionally weird.

What is it that you hope to realise through this collaborative project?

I think collaboration in the era of travelling artists holds a real importance for sustaining histories and development. Through contributing to each other's work, we are maintaining tenuous links to formative locations and moments in time.

Ella Barclay will be exhibiting today, Tuesday 9 July, from 3pm-9pm.

Click here to learn more about the Collaborateurs exhibition.

Posted by Rhianna Walcott at 4:47 PM