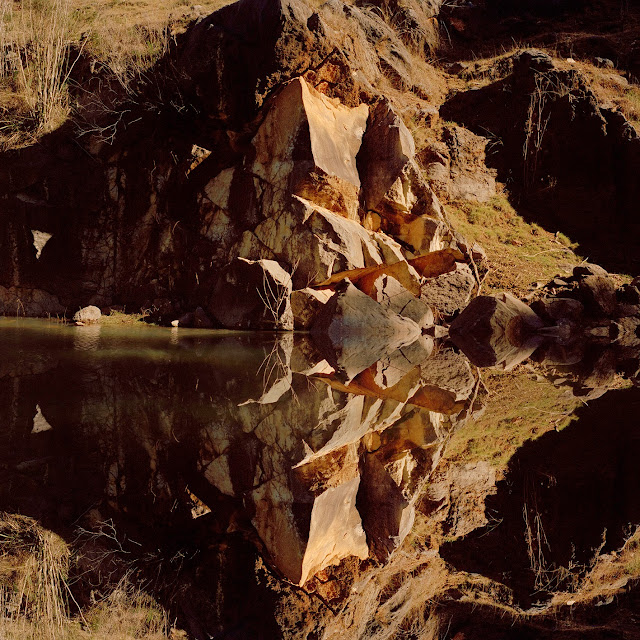 
Artereal Gallery congratulates artists Shoufay Derz, Hyun-Hee Lee and Owen Leong who have been announced finalists in the Hazelhurst Art On Paper Award, which recognises outstanding art by artists working on, with or about paper.  They join a host of other artists, selected from over 1500 entries by more than 750 artists.

Artworks by Shoufay Derz, Hyun-Hee Lee and Owen Leong will appear alongside other finalists in the exhibition, which will will present a diverse range of paper media and industry techniques, including drawing, printmaking, photography, sculpture, paper cuts and video.  The exhibition will appear in both the Regional and Community Gallery between 30 May and 26 July 2015.

Shoufay Derz has been selected for her artwork entitled 'Cameron's Quarry' from 2013. The work was originally shown in 'Phantom Limb' at UTS Gallery and accompanied the installation 'Without'. The Wombeyan marble used in 'Without' was sourced from this now disused quarry around the Wombeyan caves.
Hyun-Hee Lee has been selected for her artwork entitled 'White Tears', which was also recently shown at UNSW Art & Design's AD Space Gallery. 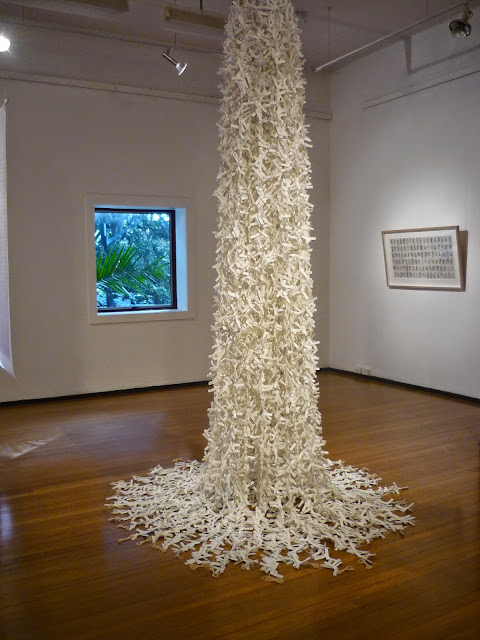 
Owen Leong was selected for his artwork, entitled 'Aura' from 2014. 'Aura' visualises the human circulatory system as an external shadow. This work is inspired by A.J. Defehrt’s 18th century engraving of the blood circulatory system, which has been cut from the soft black leather pelt of an animal. The act of hand cutting leather traces the passage of blood as it circles the body. The webbed veins of the circulatory system are then draped over my body like a second skin. A surgical stainless steel device holds his mouth open, which symbolically silences while opening up the body as a passive receptacle. This device suggests medicalisation of the body, hierarchies of classification and power. Aura attempts to make visible the transmission of social, cultural and political forces across the body. 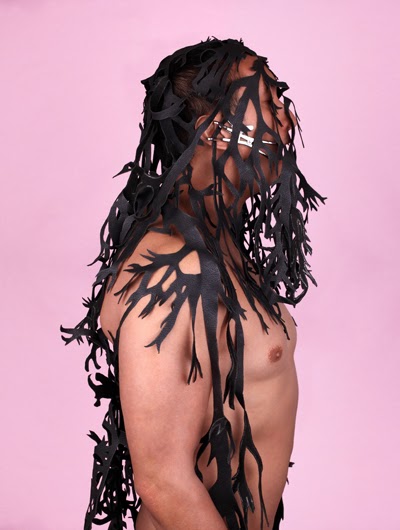