Anne MacDonald discusses her latest series of photographic works, 'Cherish', in a three part interview which will be posted in full over the next few weeks. 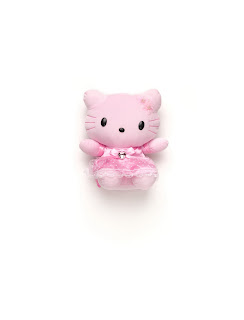 How does this latest body of work for “Cherish” relate to subjects you have addressed in your photography to date?

My photography to date has been an ongoing investigation into the potential for objects to act as powerful metaphors for thoughts and emotional states in still life imagery. Loss, ephemerality and mortality have been recurring themes in a series of large-scale photo media installations in which the photographic still life acts as an elegiac symbol for the transience of existence. There is a fundamental connection between still photography and death. The camera preserves as still, what was once animated. Photography's close links to death, and the sense of melancholia this creates, is one source of its potency.

Installations such as “Ornament” (2008) focus on the ornamental cemetery tokens and tributes used to memorialise death. Inspired by Victorian funeral statuary, “Vanitas” (1996) presented a monumental photograph of a decaying wedding cake draped in cobwebs and surrounded by rosebuds made out of icing sugar confectionary. “Ophelia” (1993) and “Petal” (2000) build on the established repertoire of floral iconography found in “Vanitas” symbolism of the seventeenth century European still life genre, where withering flowers were used as allegories of time, loss and absence. The potential for draped, torn and stained baroque silk fabrics to represent the body and mortality were explored in “Annunciation” (1994-5), “Cloth” (2004) and “Silk” (2005-6).

“Cherish”, like many earlier projects, began with collecting objects that resonate meaning beyond their own everyday existence. The objects in “Cherish” are simple decorative consumer objects created as accessories to children’s fantasies and imaginative play, dress-ups and parties. They extend beyond pure ornament and artifice to become accoutrements to the enchanting, ephemeral, and evanescent nature of childhood. They are all pink in colour and chosen for their symbolic references to youth, femininity, cuteness and sweetness. Removed from the usual context of the crowded toy store or child’s bedroom; isolated and frozen in a pristine white void; the objects in “Cherish” have a palpable vulnerability. They are pervaded with the same poignant melancholic sensibility as the earlier work.
Posted by Rhianna Walcott at 12:47 PM