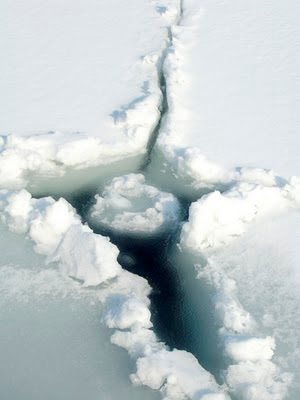 Simone Douglas_Ever II_2011
Art Month Sydney is officially upon us and as part of the month long contemporary arts festival Artereal is excited to present our March exhibition program. We hope you can join us on Thursday 10 March from 6-8pm for the opening of our Art Month exhibitions....
As part of Art Month Sydney, Ever, a series of photographs by New York based photo artist Simone Douglas will be showing in the main gallery from the 2 March - 2 April 2011.
The Ever series is an investigation of photography in relation to the sublime, excess, immateriality and the perceptual uncertainty of the photograph itself. Simone's images mark small events as potential acts of immensity. Crystalline cloudscapes and ice fissures form cryptic images of the forces of nature. The works are micro in scale yet macro in vision and concept. They play with the ambiguity of appearances and the contradiction between objective and subjective vision to explore the poetic dimension of photography.
As part of Art Month Sydney, Simone Douglas will be giving an artist's talk in the gallery on Saturday 12 March at 2.30pm. 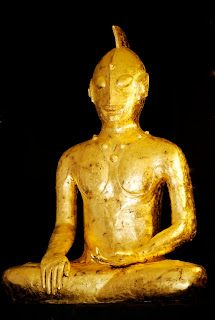 Ken + Julia Yonetani_Ultrabuddha - that is why I want to be saved_2009
Also showing, during Art Month Sydney  (from the 2 March - 2 April 2011), Ken + Julia Yonetani will exhibit Ultrabuddha - that is why I want to be saved in the project space at Artereal Gallery. A ceramic and 23ct gold leaf sculpture will show alongside photographic images.
The ubiquitous Buddha statue, familiar as both a part of popular culture and of people’s quest for a healing power to ease the anxiety of contemporary living is linked by the Yonetani with Ultraman, the animated Japanese superhero.
The Yonetani’s creation, of Ultrabuddha is the incarnation of a complex contradiction; both embodying a spiritual quest for healing powers that may save ourselves and our planet, alongside the commercialisation and commodification of this quest within popular culture. 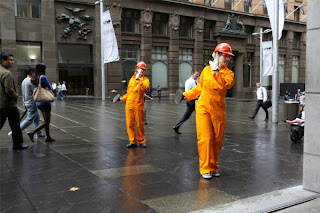 A new work of participatory performance art conceived by internationally renowned intervention artist Sylvia Schwenk especially for Art Month 2011 will take place in front of the MCA construction site at Circular Quay.
Participants decked in yellow hard hats carrying real and notional transparent sheets of glass focus attention on the neglected and overlooked heroes of the everyday; the fixers and makers that glaze windows , mend our taps, change our tyres…

Posted by Rhianna Walcott at 3:32 PM