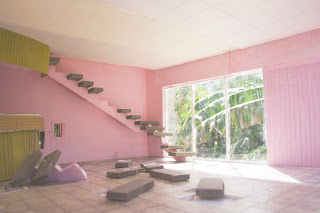 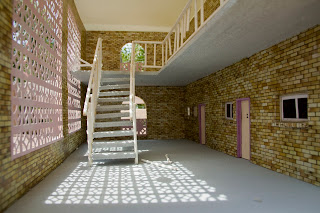 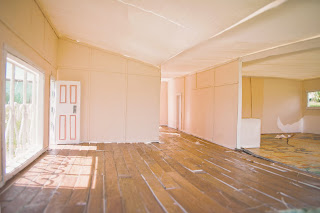 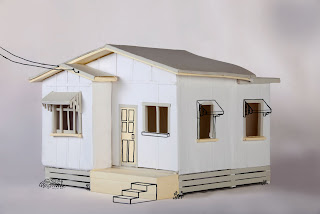 Anna Carey_Escape_2009
Can you explain the process behind your work and the inspiration behind this process?
My art practice explores the transient nature of architectural space, living on the Gold Coast I have a rich source of inspiration as the place is constantly redeveloping. Through memory recall as the only reference point of permanence I combine model making and photography to create an illusion of space. The architectural spaces are beach houses, suburban homes and holiday hotels that emerged after the 1950s boom times and reflect the ideals of the Gold Coast at the time which was filled with change, escape and fantasy. The art making process becomes a parallel to the urban environment, where the architectural spaces chart their own destiny in which I allow any imperfections or interventions to occur. This in turn becomes part of the artwork in the same way that space is changed through personal memories and experiences.
.
What message or ideas, if any, are you are trying to convey?
I want to raise ideas about the unconventional urban development in new postmodern cities such as the Gold Coast. The Gold Coast abandons traditional modes of urbanization it emerged as a place to develop and ever since the urban landscape has been in a constant state of flux. Yet, this urban development can be recognised as lacking integrity as it does not have a conventional core or history. However, these are the spatial experiences of so many people who live in rapidly changing cities. Instead of fixing the city down we should ask what do these new spatial shifts mean and what can we learn from them? These are the type of issues that I aim to raise through my work.
Do you ever exhibit the architectural models you make as part of your process?
No, I don’t exhibit the models with the photographs, as I want the photographs of the spaces to be ambiguous and hard to define similar to transient space. I want to create an imaginative realm for the viewer in which they may question the strangely familiar space. I think that exhibiting the models would deny the viewer the opportunity not only to ask but also speculate on answers.
Anna Carey is currently exhibiting at Artereal Gallery in Built. Her work can also be seen in the gallery stockroom.
Posted by Rhianna Walcott at 5:38 PM