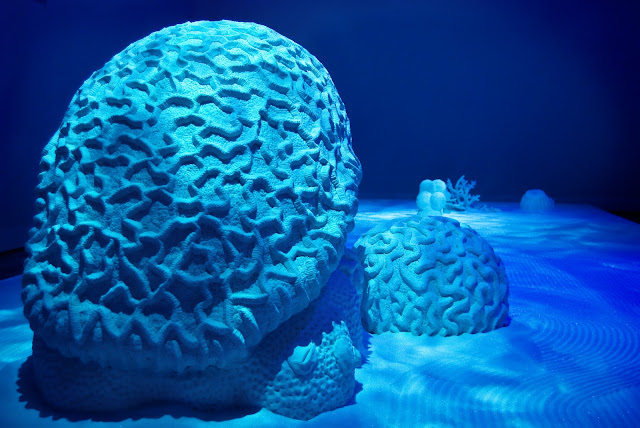 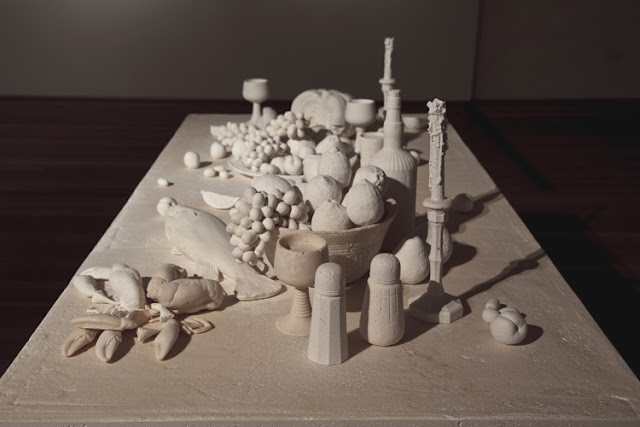 
This opportunity to exhibit Still Life: The Food Bowl in Mildura is particularly poignant and relevant for both the artists and local community, given that in 2010 the artists completed a Synapse art-science residency awarded by the Australian Network for Art & Technology (ANAT) which resulted in a three month collaboration on location in Mildura, with scientists at the Murray Darling Freshwater Research Centre and Sunrise 21. Still life: The Food Bowl is the resulting body of work. It is made entirely from groundwater salt that as part of salt interception schemes has been pumped out of the ground around the Murray-Darling in an effort to try and reduce salinity in the river system.


On the international stage, Ken + Julia Yonetani have just opened their new exhibition Sense of Taste at GV Art in London. The exhibition which opens on 6 October and runs until 22 November will, for the first time, show the artist’s recent salt work alongside their sugar series Sweet Barrier Reef (previously exhibited at the Venice Biennale in 2009).


On a local level, Ken + Julia will be exhibiting in a number of upcoming regional and institutional exhibitions over the next twelve months including Ultrabuddha at Glasshouse Regional Gallery Port Macquarie from 7 October - 4 December 2011; Arboreal at Macquarie University Art Gallery in Sydney from 26 October - 15 December 2011; 2112 Imagining the Future at RMIT Gallery in Melbourne from 2 December 2011 – 28 January 2012 and That’s not how you make porridge, a group exhibition at Goulburn Regional Art Gallery to be held from 7 December 2011 – 14 January 2012.
Ken + Julia Yonetani are also current finalists in the 2011 Woollahra Small Sculpture Prize which will be announced on 21 October 2011.

Posted by Rhianna Walcott at 1:04 PM