SIMONE DOUGLAS EMBARKS ON MOST AMBITIOUS PROJECT TO DATE 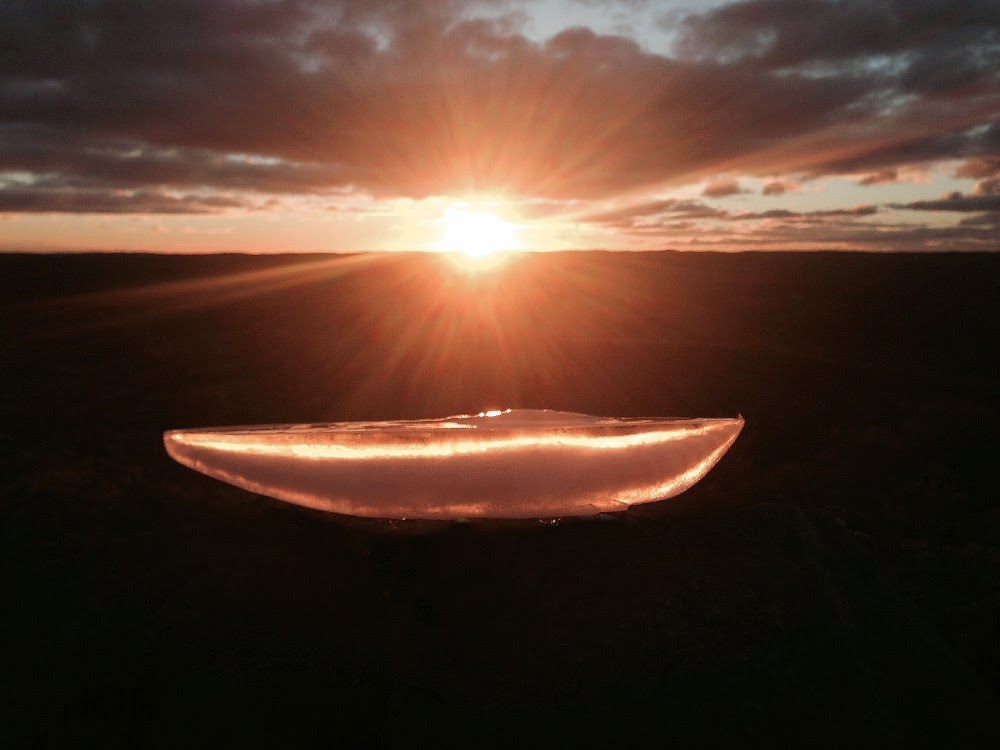 The exceptional artist Simone Douglas will embark on her most ambitious project to date in 2015 with the construction of a boat, 35m in length and made exclusively from ice, that will be erected in the outback on the outskirts of the isolated, far west city of Broken Hill.

The project, entitled Promise, has been in the works since July of this year and emerged from the artists’ fascination with one of Australia’s lesser-known tales – that of British Explorer, Charles Sturt, and his search for Australia’s inland sea. In 1828, the explorer and his men came close to death when they transported a large boat through floodwaters into the heat-stricken region, in search of a body of water. Instead, they became stranded in the desert and, were it not for the generosity of the resident indigenous community, Sturt and his men would have perished from lack of water.

The project will see the large-scale ice installation come in contact with the harsh Australian sunlight, causing it to gradually melt into the floor of the Broken Hill desert, offering hydration to the parched soil. The artist hopes the newly fertile soil will prompt the growth of wildflowers, serving as an afterthought of where the boat once stood and symbolic of the outcome of Sturt's expedition.

“The Indigenous people saved them by generously sharing their precious water supplies. This story will come through as the ship of ice melts down back into the desert, it disappears, and the Indigenous people remain the ongoing custodians of the land,” said Douglas in an interview with Broken Hill Australia.

Douglas, who is born and raised in Australia, but currently based in New York City, continues her preoccupation with the Australian outback and the unique qualities of the Australian sun light through this new ambitious project.

Promise will also be brought to life as a documentary that will explore the region of Broken Hill as well as the artist’s work:

To read more about the project, visit Broken Hill Australia.
Posted by Rhianna Walcott at 10:30 AM