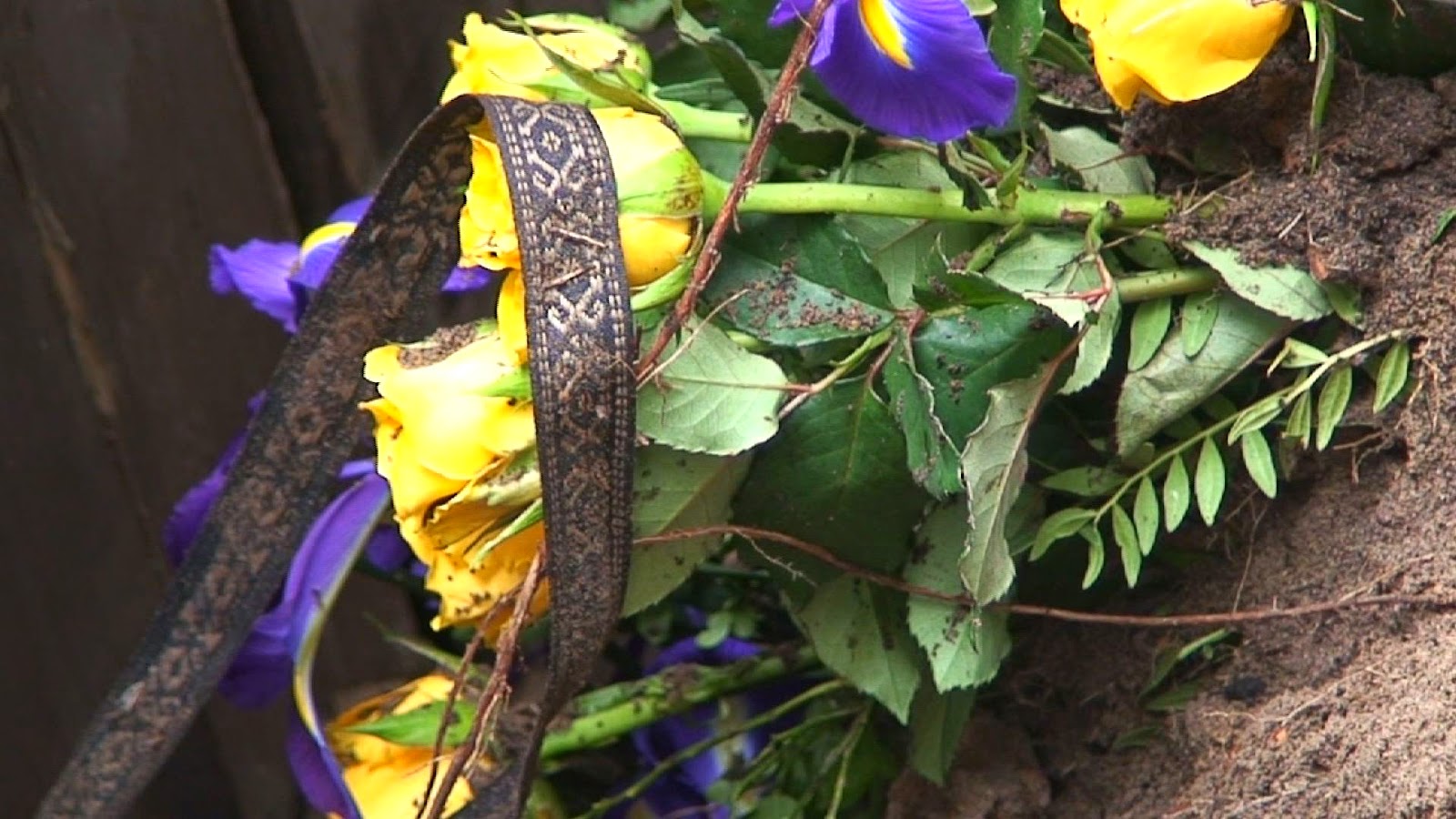 A short film created by Artereal artist Sylvia Schwenk has this month been selected for inclusion in the 14th Flensburger Short Film Festival in Flensberg, Germany.

Entitled A shared space, the film premiered at the 9th Berlin International Director's Lounge Festival and is set within the grounds of a graveyard in a bid to offer insight into the unique happenings that surround the funeral service.

The film opens on a graveyard on a beautiful serene sunny day. Grave diggers are working in a quiet, harmonious way, with almost choreographed movements, preparing a grave for a burial. The birds are chirping, the sun is shining ... but all is not as it seems - there is a twist.

To celebrate her inclusion in the festival, we've pulled from the archives this interview we completed with Schwenk following the completion of the film.

How did you and your collaborateurs first meet?

I was working on an art commission in Europe and most days I would ride my bike past a cemetery close to where I lived. One day I got off my bike and went for a walk in the cemetery. It was such a beautiful tranquil space with green grass and blossoming flowers. I sat on a bench in the cemetery listening to the quietness of the space, watching people tending graves, watering plants and spending time with their loved ones.

I was transported while sitting there and felt I needed to do a work of art about death - so I approached the Director of the graveyard and talked about my ideas of making a short film about what happens in preparing a grave for a burial.

Why did you choose to collaborate with the Cemetery Director and Grave Diggers?

Death is such an important part of life and for many people it is a part of their everyday lives. Yet as a society we generally feel uncomfortable talking about death, funerals and grief. I thought it would be good to make a work that looked at all these things in an accessible way and so I worked with two gravediggers, filming them as they prepared a grave for a burial.

What is it about collaboration as a process that appeals to you as a contemporary artist?

What is it that you hope to realise through this collaborative project?

I wanted to make death more accessible. However, when I filmed the gravediggers an unusual thing happened, which changed the nature of the work. I was unsure what to do with what transpired, but ended up presenting what I filmed, because this too is a part of life.
Posted by Rhianna Walcott at 3:33 PM