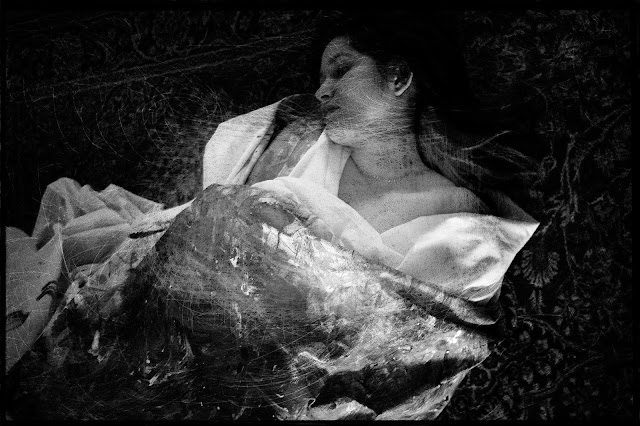 Ben Ali Ong has been invited to participate in Decisive Moments, a photography exhibition at Contact Sheet gallery.

Curated by Sandy Edwards and Paul McDonald, the exhibition contains a single photograph from each artist - selected by the artist. Each work represents a decisive moment within the artist’s practice, which informed their future work or career.

As part of the exhibition Ben Ali Ong will be exhibiting an early work from 2007 entitled Refluent Hours #15.

The image in this show is from my 2007 series Refluent Hours. It was the first body of work that I exhibited in the “blurry, grainy and scratched” style that I am now associated with.

At the time I was looking at a lot of etchings and was obsessing over Francisco Goya. I had always liked low-key, grainy monochrome work, and I wanted to distinguish myself in terms of style. So I thought to try to find a way to marry these two qualities that I liked about etchings with that of photography.

After having a go at sand papering and scratching the negative that you see here, I scanned it, and as soon as I saw the preview on the computer, I knew that with a bit of work and finesse I could make it work. For me this was my decisive moment.

The original base image is an old shot of a girlfriend.  I have a lot of Persian carpets in my place, and the blanket she is wrapped in was just an old cloth for paining on, hence the drips and marks on it. She was just lying on the floor nude one day and wrapped herself in it, and I thought she looked particularly beautiful so I just took a quick snap. It ended up perfect for the treatment I would later apply, as it has quite a flat two dimensional composition about it - which I think lends itself to the painterly style that the scratching and marking enhances." (Ben Ali Ong, 2015)

Posted by Rhianna Walcott at 10:34 AM