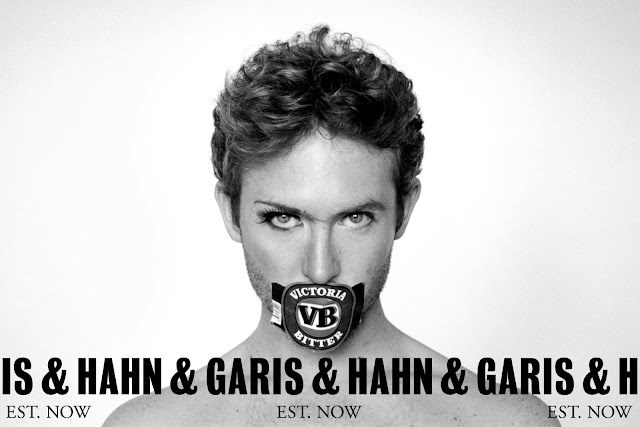 From May 8th - June 15th 2013, Garis & Hahn will be exhibiting 'Peripheral Visions', a group show showcasing contemporary art from Australia.

"Peripheral Visions carries multiple meanings and resonances. Most immediately, it refers to Australia's peripheral positioning within the international art market, of which New York is the epicenter. With London's art powerhouses Saatchi Gallery and the Royal Academy both staging surveys of Australian art in the next eighteen months, it seemed fitting to start this international engagement with the exceptional artistic talent emerging from Australia, in the partly Australian-run New York Gallery, Garis & Hahn." - Marissa Bateman, Curator

Liam has also been invited to exhibit a performance on the opening night of the show. Specifically created for Peripheral Visions, Liam will be performing 'Iridescent' (2013). The artist will be seated on a chair with a table that holds a bowl of silver iridescent glitter and adhesive. Over an hour, he will gradually cover his face and body with the glitter, pausing briefly to look up at viewers and make eye contact.

Liam will also be performing at Cutlog New York Art Fair on May 8 at 7:30pm for the Fair's Vernissage and on May 9 at 6:30pm.

After four successful years in Paris, cutlog art fair will be launching its first New York edition from May 9-13, 2013. Approximately 45 galleries and curators will present art, installations, performances, talks, and films in a creative architecturally designed environment allowing each art project to have its own identity and a unique art interaction with the public.

cutlog NY will focus on showing cutting-edge and established galleries that promote the work of contemporary artists. The fair will foster new relationships between galleries, collectors and art institutions to form a collaborative platform for building new perspectives on contemporary art. cutlog NY aims to be a creative laboratory, showcasing works by artists from all over the world and offering them the opportunity to gain global visibility.

The five day event will take place in one of Manhattan’s most vibrant and creative area, the Lower East Side. Over the past years, the neighborhood has become a new hub for emerging and innovative galleries and cutlog NY will be a part of this growing community to become the downtown art fair. Occupying The Dutch Neo-Gothic building, a former public school (PS 160), cutlog NY will be hosted by the Clemente Soto Vélez Center at 107 Suffolk Street, between Rivington and Delancey Streets.

Each of the roughly 45 participants will present an original project featuring one or more works by artists selected by a jury of professionals. A selection of sculptures and installations will be displayed in the Clemente building and courtyard.

A film festival will be held during cutlog NY, with a series of performances and talks which are announced in our program section.

Posted by Rhianna Walcott at 5:10 PM